Anastasia began singing at the age of 10, when she started lessons with the opera singer and adjudicator, Barbara Kendall-Davies. During that time she entered various competitions and music festivals and at thirteen achieved first place at the Ruislip and Northwood Festival singing Schubert’s well known ‘Who Is Sylvia?’.  Anastasia passed singing exams at the ABRSM (Associated Board of the Royal Schools of Music) and continued her education at Brunel University in West London where she studied music and drama, graduating with a BA Joint Honours.

Anastasia has been a finalist in Greek Idol and was shortlisted to represent Cyprus in the Eurovision International Contest. She reached the finals of the LGR (London Greek Radio) Music Awards 2011 for which she chose to sing Gounod’s ‘Ave Maria’ which was simultaneously broadcast live on LGR while performing in front of an audience. Throughout the various stages of the competition, Anastasia sang and was interviewed live on air. As a result, her photograph was published together with a write up in the leading Greek newspaper ‘Parikiaki’. Alongside this, she has enjoyed working on recordings with several producers.

Anastasia has also given her services to various charities and good causes, including one which was in honour of the Greek Prime Minister. She has worked with several charities in aid of the Leukaemia society, as well as charities of varied cultures including performing at the Renaissance Hotel, London for the Charity Ball ‘Angels of Brazil Project’.

The London born soprano has been working with Sybil Esmore, a leading vocal coach within the media. Sybil has taught Anastasia in the Bel Canto technique, which is the most recognised method for classical singers.

Anastasia secured a place at West End Masterclass directed by double Olivier nominee Michael Xavier and held at The Musical Theatre Academy’s venue. She has performed alongside West End Musical Theatre stars in Covent Garden, Trafalgar Square and Highgate Theatre to name a few. Anastasia then reached the finals of the London Talent Contest held at the London Designer Outlet Centre, judged by Kiss FM’s DJ Neev and since then has gained a permanent performing spot surrounding Wembley Stadium with up to 90,000 visitors. She has recorded original tracks with established song writers and producers.

Anastasia was approached to represent Cyprus in the Eurovision International Contest 2015. She performed the original song “Unicorn” live to a celebrity judging panel, which was broadcast on CYBC (RIK) TV, Cyprus.

This talented young lady’s range has greatly expanded and she has increased her repertoire in six languages. Both the quality of her voice and her natural flair for improvisation have further developed and her artistry has matured. 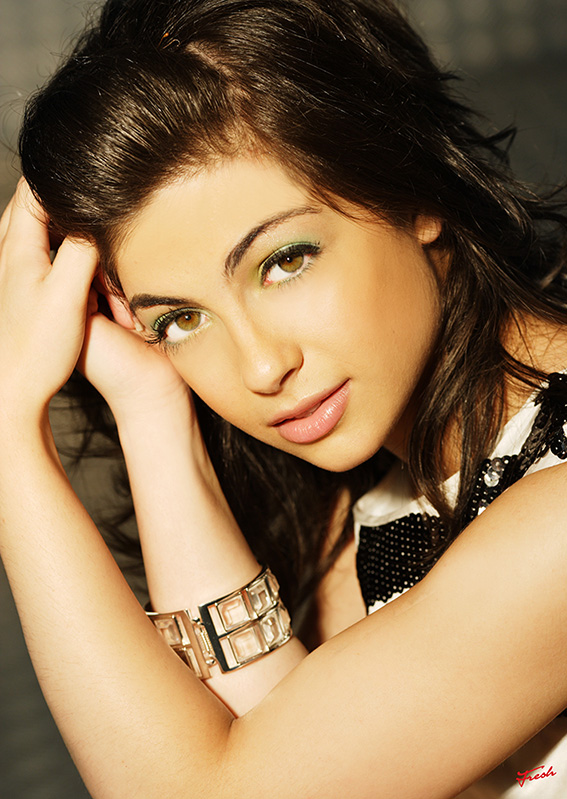